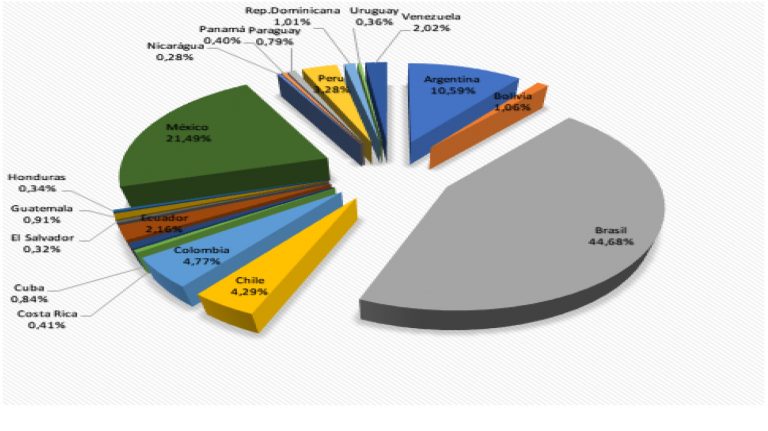 The objective of annually mapping the productive landscape of the activity in the animal feed sector in Latin America and the Caribbean, serving as a guide for the professionals of the environment, the study was concluded“Panorama of Production of Food for Production Animals of Latin America 2016 “, FeedLatina Project.

According to Marcel Joineau: vice president of FeedLatina. “Feed for pork had a growth of 9.6% compared to 2015, especially in Argentina, a country that grew 22% in 2015, accompanied by Brazil and Mexico, both with an increase of 4% in the same year” .

The growth curve is part of the annual report of FeedLatina, the main sectoral entity of the animal feed industry that brings together in its associative area the important companies of the segment for the region.

Camps Comercial is a society which imports and exports mineral additives for animal feed since 1991.

One of our main motivations is following the demanding protocols in quality, safety, health and respect for the environment.

GMP + B3 certification complying with the requirements and applicable conditions of the trade, storage and control regulations of the GMP + FC scheme (based on GMP + C6) of GMP + International.